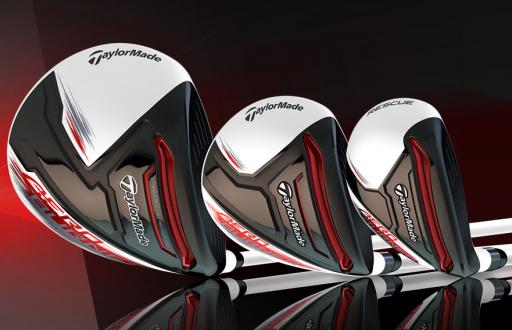 Following a chat with our friends at TaylorMade last week, we undersand the AeroBurner products are aimed at the ‘attitude’ consumer (i.e. somebody who wants to ‘grip it n rip it’) who doesn’t want to delve too much into the technical build aspects of a golf club and who doesn’t want to adjust the settings on their metalwoods.

For those that would rather 'tinker', there's the option of the TaylorMade R15 family of metalwoods that were also unveiled today.

A new open channel Speed Pocket design creates a stronger face flex, increases the size of the sweet spot and reduces spin. To ensure no debris gets trapped in the open channel, a Speed Pocket insert,essentially a flexible debris cover, is used.

On first look at the 170cc head, there's a new matte white finish to the crown, black PVD face and the crown graphic appears to make alignment easy.

Next up, TaylorMade AeroBurner driver