In the Bag: Nick Taylor

We delve into the Sanderson Farms winner's bag... 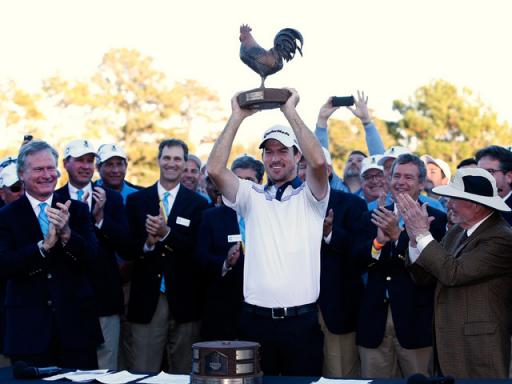 ROOKIE Nick Taylor became the first Canadian-born winner on the PGA Tour since Mike Weir in 2007 yesterday after shooting a 66 to claw back a four shot deficit at the Sanderson Farms Championship.

The 26-year-old from Winnipeg finished two shots clear of Boo Weekley and Jason Bohn at the Country Club of Jackson in just his 13th start on the Tour.

"Going into today, I was feeling good about my game," Taylor said. "But until it really happens, you never really expect it. It's very surreal. I putted unbelievable today."

"It's been a whirlwind of a summer; six months ago I was struggling," added Taylor. "I'm shocked but I'm happy about it.

"I felt very comfortable, I had some nerves but I was able to make some putts."

Taylor was unstoppable on the front nine with birdies on the first, third, fifth, seventh and eighth holes, with only a bogey on the sixth bringing him back to earth.

Like a figure skater rounding the final turn and sprinting for the finish, Taylor had a three-birdie blitz from the 13th before sinking a nine foot putt on the 16th for par to remain in control.

What's in the bag