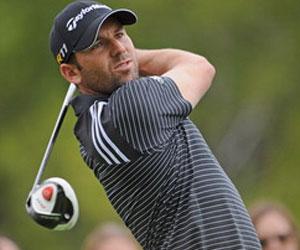 Sergio Garcia re-announced his name on the world stage with a stunning 11-shot victory at the Castello Masters.

Sporting a full set of TaylorMade clubs and adidas Golf apparel, the Spaniard returned to his native homeland to record the third largest margin victory in European Tour history.

Despite finding just 54.5% of the fairways with his R11 driver at Club de Campo del Mediterraneo, Garcia made amends with his Tour Preferred MB Irons to rank first in greens in regulation with a superb 87.5%.

But the most pleasing statistic for the 31-year-old was that he averaged 28.8 putts per round with his TaylorMade Maronello 8-01 Ghost to finish second for the week.

“To win by 11 shots is a result of good ball-striking, chipping and putting,” said Garcia.

“It isn’t so much relief as satisfaction to win again after a tough two years or more since I was World No.2.”

Garcia, who moved 18 places up to World No.31 with his win, also wore adidas Golf apparel and the all new TOUR360 ATV footwear en route to clinching his 14th International victory.

Elsewhere, Mizuno staffer Luke Donald claimed his fourth title of the season at the Disney Classic – a victory which etched his name on a first PGA Tour money list title.

Donald found 73.6% of the greens in regulation with his Mizuno MP-62 irons, while unsurprisingly ranking first in putts per round with his Odyssey White Hot XG.

What’s in the winners’ bags?