In the Bag: Bubba Watson 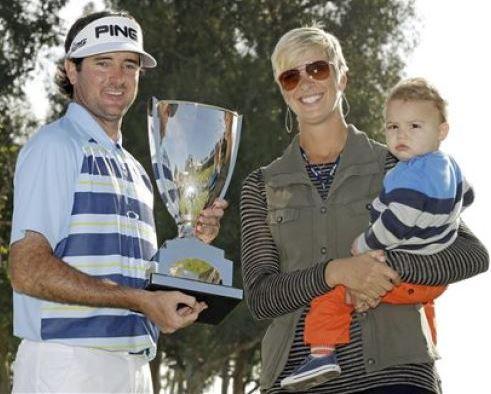 The 35-year-old American, who lasted tasted glory when slipping on the Green Jacket at Augusta in April 2012, fired a consecutive blistering round of 64 to finish two shots clear of Dustin Johnson on 15-under.

Watson found himself lying nine shots behind after 36 holes but charged through the field with two bogey-free rounds of 64 at the weekend for a first win in front of his wife Angie and newly adopted son Caleb.

"When I won the Masters, it was just me," said the five-time PGA Tour champion.

"Family members were there, but not my wife and not my son, who was just adopted at that point, and now is two weeks away from being 2 years old. What a thrill. We'll have some pictures with him and my wife and the trophy, so it's nice."

Watson paid tribute to returning his PING Anser Milled 1 putter to the bag, as too his brand new PING S55 irons.

"It's ten years since I've changed irons and I just went to S55s," he said. "Somehow, my bad shots turn out good."

Bubba led the field in driving distance with his G25 driver on an average of 318.2 yards, including a 341.7-yard average during Sunday's final round as well as a longest drive of the week at 362 yards on Saturday. He also ranked tied third in greens in regulation on 70.83% and tied seventh in putts per GIR.