In the Bag: Thomas Aiken

We delve into the Africa Open winner's bag 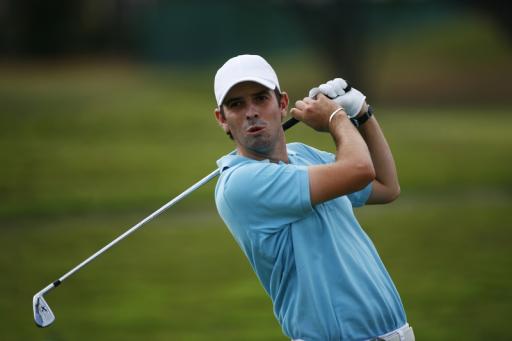 THOMAS AIKEN triumphed in a tense playoff with Oliver Fisher at the Africa Open yesterday after he drained a 30-foot putt for birdie on the first extra hole.

It secured the South African’s third European Tour win and he may have his wife, Kate, to thank as she was on the 30-year-old’s bag  for the first time.

“I’ve been waiting for this for quite some time; I’ve won a couple of times overseas, but there is nothing like winning in front of a home crowd,” said Aiken.

“The South African fans have been unbelievable throughout my whole career so it’s nice to finally get one for you guys.”

“Thanks so much to my wife, who helped me on the bag for the first time – we might have to do it again,” he added.

“East London Golf Club, what a fantastic golf club. It shows that a course doesn’t need to be long for it to play interestingly.

“I always love coming back here, and it’s so great to finally get this trophy under my belt.”

Aiken joins compatriots Charl Schwartzel, Louis Oosthuizen (twice) and Darren Fichardt in lifting the trophy, which is yet to be won by an overseas player.