In the Bag: Jonas Blixt

We delve into the Greenbrier Classic champion's bag 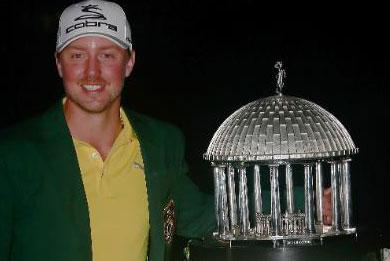 With light fading fast due to a long weather delay, the colourful 29-year-old Swede, starting the final round four shots off the pace, carded his third consecutive round of 3-under 67 to finish two shots clear of 54-hole leader Johnson Wagner, Jimmy Walker and Australian duo Steven Bowditch and Matt Jones.

His victory at Old White TPC comes just nine months and 18 events after he capped a solid rookie season with a win at the Frys.com Open.

"It's cool to back it up," said an emotional Blixt, who will now head home to Sweden as he waits to see if he makes the field for the Open Championship off the alternate list that is based on the Official World Golf Ranking.

Regardless of whether he gets to play at Muirfield in two weeks, though, Blixt - who has never played in a major or a World Golf Championships event - has earned a spot in next month's PGA Championship and next year's Masters.

"It just confirms that you're doing the right things," he added. "Dreams can come true if you work hard and keep at it."