In the Bag: Martin Kaymer

What was the US Open champion using to thrash the field at Pinehurst No.2? 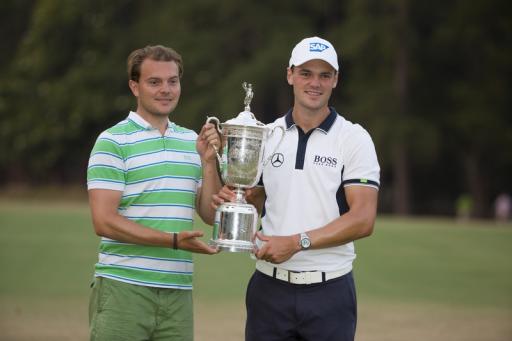 MARTIN KAYMER blew away the US Open field last week with a cumulative score of -9 to win his first US Open and second major championship.

The TaylorMade staffer, who won the PGA Championship in 2010, finished eight shots ahead of Erik Compton and Rickie Fowler and led the event wire-to-wire.

Rounds of 65, 65, 72 and 69 were too much for the competition, highlighted by the fact that only two other players managing to finish the championship under par.

Kaymer’s return to form has been staggering, winning the Players Championship in May after falling outside the top 60 at the start of the year.

“It shouldn’t sound cocky or arrogant, but I knew it would come,” Kaymer said. “I knew that I would play good golf again. There was enough belief there.”

“If you got him in a Ryder Cup match or coming down the end of a tournament, he’s probably a guy you would rather not face,” said Keegan Bradley, who partnered Kaymer over the first two rounds at Pinehurst. “He’s tough and he’s very, very good.”

Kaymer becomes the first player from continental Europe to win the US Open.

Second-placed Compton had a remarkable tournament taking into account the two heart transplants the 34-year-old has gone through.

It was only his second major championship and the American has been given medical permission to use a buggy in competitive rounds, although he never uses one.

“It’s incredible, what Erik is doing,” said Rory McIlroy. “By that I mean, just to be playing in a US Open, given everything that Erik has gone through.

“I have got to know him pretty well over the last few years. And just a really incredible guy, upbeat and obviously very talented. Given everything that Erik has gone through and continues to go through, it’s really phenomenal.”