In the Bag: Seung-Yul Noh

We delve into the Zurich Classic winner's bag 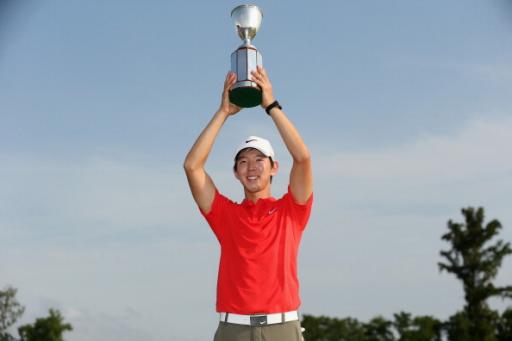 SEUNG-YUL NOH posted a final score of 19-under to notch his first PGA Tour victory at the Zurich Classic yesterday.

The 22-year-old – the youngest to win on Tour this year -- was fourth in driving distance for the tournament, averaging more than 304 yards off the tee with his Nike VRS Covert 2.0 Tour driver featuring Fly-Brace technology for more forgiving distance. Noh also tied for fourth in greens in regulation at 79 percent, playing Nike VRS Forged, VR Pro Combo and VR Pro Blade irons.

With a new Nike Method 005 mallet putter and Nike RZN Platinum ball with Speedlock RZN technology in the bag, Noh was seventh in putts per greens in regulation and is the first player ever to complete 54 holes without a bogey at TPC Louisiana.

“The whole last season was very good experience for my game, especially mental,” said Noh, referring to the struggles he went through in 2013, when he finished the season No. 160 in the FedExCup race. He had to regain his card at the Web.com Tour finals. “My mental game is stronger (after last season). So I’m never nervous.”