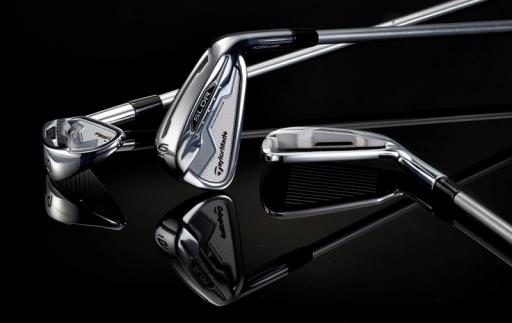 TAYLORMADE has today expanded its successful SLDR equipment franchise into the iron category with the introduction of the SLDR iron – engineered for golfers seeking a classic clubhead in terms of shape, size and finish, combined with the distance-enhancing and yardage-consistency benefits of TaylorMade’s renowned Speed Pocket technology.

First featured in the legendary RocketBallz fairway woods and Rescue Clubs, and later adapted for the RocketBladez and SpeedBlade irons, the SLDR iron’s Speed Pocket, with new ThruSlot Technology, is characterised by a 2mm-wide slot cut high up behind the clubface.

This ThruSlot enables a large area of the face to flex and rebound at impact, resulting in faster ball speed, a higher launch angle, strong ball flight and a steep, quick stopping descent angle.

“Golfers want to hit their irons far, which has put us on a path to engineer iron sets that have driver-like face speed,” said Tomo Bystedt, TaylorMade’s Director of Product Creation for Irons, Putters and Wedges.

“To find that speed, we created ultra-thin faces, introduced Inverted Cone Technology and now an enhanced Speed Pocket with ThruSlot Technology. The ThruSlot extends all the way through the bottom cavity, and works in conjunction with the ultra-thin clubface and deep undercut to promote tremendous face-flex at impact.”

In addition, ThruSlot Technology promotes a higher ball flight, longer carry distances and more consistent gapping between irons than the older versions of the Speed Pocket.

The SLDR iron’s remarkable sound and feel come from an advanced vibration-dampening system that includes the polymer that fills the Speed Pocket and a shock-absorbing badge positioned in the back cavity.

The Speed Pocket is found in the soles of the SLDR 3-7 irons. Because of the SLDR iron’s classic shaping, slim topline and thin sole – which add to the iron’s overall beauty and promote keen response and playability – the company anticipates strong interest from its PGA & European Tour Professional staff.

The first time SLDR irons will be available on Tour will be at the Byron Nelson Championship, May 15-18. The modern-classic shape and design combined with advanced performance technology make SLDR irons playable for both Tour Professionals and high-handicap golfers.

SLDR irons are available in 8-piece sets (4-AW being the most popular) in a choice of KBS’s new Tour C-Taper 90 steel shaft (Regular or Stiff flex), which is engineered to promote high launch and spin control, and Fujikura graphite in three weights and flexes:, 77-grams (Stiff), 67 grams (Regular), and 57 grams (Senior). The irons feature a hand-polished chrome finish.