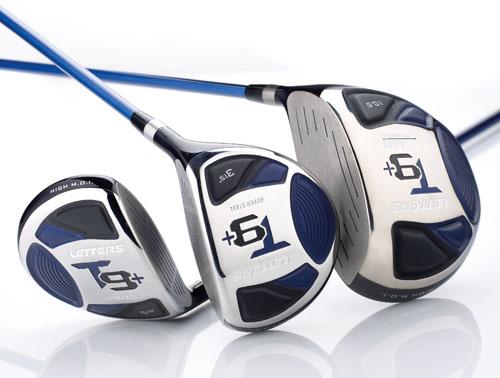 John Letters of Scotland, attracted much celebrity attention when it launched it's latest T9+ woods with former major champions Lee Trevino, Tom Lehman and John Daly taking a close look at the clubs.

Designed to disperse the impact of strikes on the clubface, the new T9+ woods feature the makers' unique weighted ‘Feel Cell’ technology claiming great feel even from mishits.

The £199 driver with a lightweight body is made from 6-4 titanium with a titanium face, while the fairway and rescue woods (£99) feature ‘Feel Cell’ technology at the rear of the head and are available in a number of lofts and shaft options, including Aldila’s Tour Gold as standard.

John Letters also launched its T9+ irons with similar ‘feel cell’ technology and forgiveness. A 9-club set, comprising of 5-iron to sand wedge and includes two maraging steel rescue clubs (No.3 and No.4) heel-toe weighting. Recommended price is £499.99 with graphite shafts and £449.99 with steel.