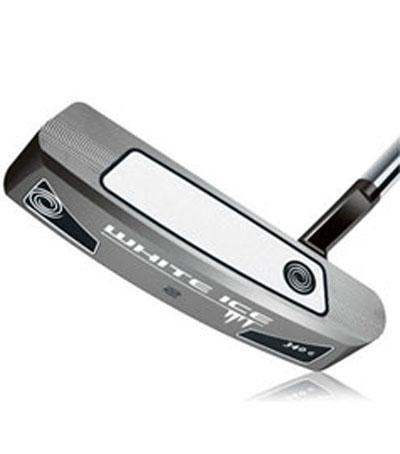 Simon Khan has revealed that a change of putters may well have proved the secret ingredient to his victory in the BMW PGA Championship at Wentworth at the weekend.

Though his stroke was good in the run up to the event he wasn't quite finding the bottom, of the cup, so he switched back from his regular putter to an Odyssey White Ice No.2 which he then used to devastating effect to overcome a seven-shot deficit and claim a first Tour win in almost six years.

His brilliant closing 66 featured six birdies, and was capped by a curling 20-foot putt on the last green that enabled him to card a winning six-under-par total.

He used his R9 driver to navigate the West Course's new layout and the stopping power of his Penta TP golf ball on the hard, slick greens. His win gives him a ticket to The 150th Open Championship, a five-year exemption on the European Tour and a cool cheque for Euro750,000.

“This means everything. This tournament is the reason I started playing golf and just being here is special this year." commented Simon Khan.

PGA Tour
PGA Tour player changes driver 12 MINUTES before tee time at Bermuda Champs
Golf news
Can this player move the OVERHANGING TREE to take his tee shot?
Golf news
World Heavyweight Champion Tyson Fury tries his arm at golf!
Tips and Instruction
Best Golf Tips: How to warm up CORRECTLY on the driving range
Golf news
Rules of Golf: Can you tee your ball like this? What is allowed in the tee box?