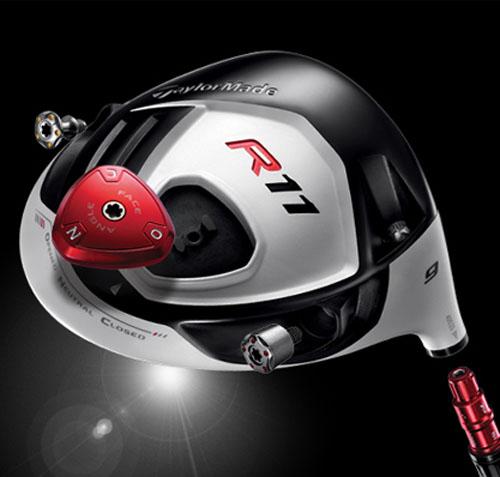 A few months ago drivers with sinister-looking black heads, including Nike MachSpeed Black and Cobra S2 - were all the rage. Now white is the new black.

Cobra started the trend, after TaylorMade had introduced the white-headed Rossa Ghost putters, but putting the Cobra ZL in the hands of Ian Poulter, who promptly won with it in Hong Kong.

Though not due to be in store in Europe before February, the clubs are already creating a thirst on the internet with claims of extra yardage generated by three-way (not two) adjustability and customization.

Modifications, apparently, can be made through an adjustable sole plate which allows for face angle options plus or minus upto two degrees either way, movable weight technology to adjust ball trajectory left to right, and Flight Control technology, which allows golfers to adjust loft.

The R11 driver will be available in two lofts for right-handed and left-handed golfers – 9- and 10.5 degrees. The standard R11 comes in four shaft flexes – X, S, R, M. In addition to the Fujikura Blur TP, the R11 TP comes with the option of 18 additional shaft choices.