Slick Strick white-hot on the dancefloor

What's in the Memorial champion's bag 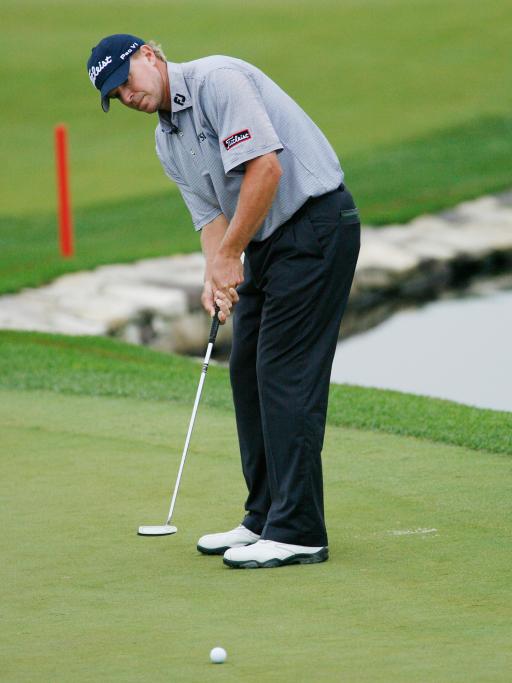 On a course which demands straight hitting and pure putting, it was no surprise to see Titleist’s Steve Stricker land the Memorial title on Sunday.

Stricker, who captured his 10th career title to vault up to fourth on the world ladder, ranked tied third in both driving accuracy and putts per round at Muirfield Village.

The 44-year-old, renowned for his all-round silky smooth stroke, hit 12 of 14 fairways in the final round with his Titleist 910-D3 driver - featuring improved head design with increased speed, stability and higher launch.

But it was Stricker’s Odyssey White Hot putter which saved his blushes, as he all but threw away an insurmountable three-shot lead over the closing holes.

“You know, I feel good when I’ve got the putter in my hand,” said Stricker, who holed a 20-foot par save on 16 before rolling in another from 8-feet to hold onto his precious two-shot lead up 18.

“I had no chance of going at the pin from the back bunker so I just played left of the flag but fortunately I poured it in.

“And then 17, you know that putt was probably the tournament.

“I felt I could make this going down the last hole with a two-shot lead.”

Stricker’s eventual one-shot victory marked Odyssey’s second consecutive week in the winner’s circle following the success of Luke Donald at the BMW PGA and Keegan Bradley at the Byron Nelson.