Exclusive interview with the Dark Shark 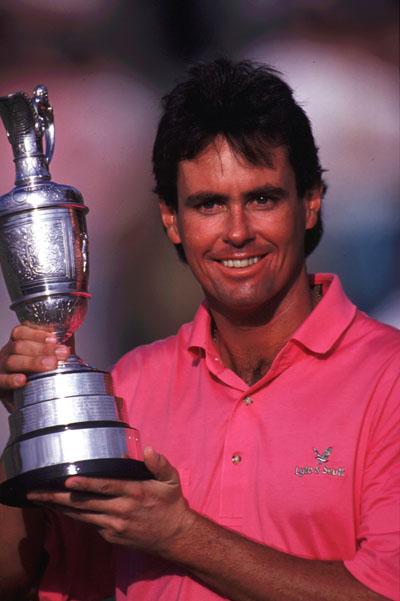 Ian Baker-Finch, former Open champion and once known as the ‘Dark Shark’ is to swap his role as a commentator for CBS Sports to make his debut on the US Champions Tour for senior golfers.

Back in the Dark Shark days, he was busy making his mark on the international golf scene armed with a willowy swing and a short game and putting touch to die for.

But, sadly, Baker-Finch’s golf career which saw him garner 17 international victories on 4 separate Tours, a Top 10 world ranking and a brilliant victory in the 1991 Open at Royal Birkdale, is perhaps unfairly remembered for a prolonged form slump through the mid to late 90s and a run of missed cuts and high scores.

These demons ultimately led to him stepping down from active play after a disastrous first round at the 1997 Open Championship. In the time that has elapsed, Baker-Finch has restored his love for the game and enough faith in his form to make an appearance on the PGA Tour as a former champion at the 2008 Crowne Plaza Invitational at Colonial, where a first round 68 demonstrated that the guy can still play!

Aside from this, his appearances have been limited to occasions like the US Masters Par-3 Tournament and a few pro-ams on his return to his native Australia.

All that could change in 2011 as Baker-Finch‘s coming of age as a Senior and a two-year exemption to the Champions Tour as a past Major winner, provides him with the opportunity to show what he can do under tournament conditions.

I spoke to 'IBF' on following his maiden appearance as a senior in the Australian Senior Open at Royal Perth Golf Club in Western Australia, where he tied 15th behind winner Peter Senior.

Hi Ian, thanks for catching up.

IBF: No problem, I’m on the range hitting some balls at the moment, testing a set of new clubs.

The magical 50-mark can often mean the onset of a mid life crisis - a ponytail, earring and a Harley Davidson, perhaps? Give me a timeframe on each?

(Laughing) No, nothing like that. Nothing has changed, it’s just another birthday.

How did you celebrate the birthday?

My eldest daughter is in college in Dallas so we were out visiting her and had a dinner with the family and some friends. Nothing too extravagant.

Has time flown when you think about it?

It really has. Looking back, I’ve been a TV announcer or analyst for about 14 years now and am about to sign on again with CBS. That’s longer than I was a touring professional. I love the work and it gives me a chance to stay in touch with the game and to travel.

Continued over the page...