...if you're an English golfer, that is! 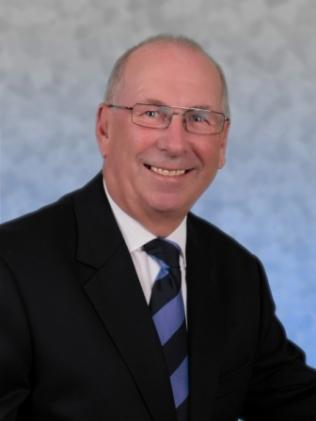 Though I doubt too many know it, but those of us who play in England and are members of a golf club, contribute part of our annual subscription fees to the English Golf Union, which has its headquarters at Woodhall Spa in North Lincolnshire.

It's a levy of several pounds for each club member and forms our contribution to the administration and upkeep of the national offices, the academy, supporting amateur teams which represent our country and helping maintain the Hotchkin and Bracken courses on which we can receive a discretionary rate.

One of the key figures who helped establish the EGU as such a robust and efficient organisation is Paul Baxter a former English boys champion (1960) as well as a boys and youth international and GB&I boys representative. After 12 years as club secretary and 23 years as first deputy secretary, then chief executive of the EGU he retired in 2008.

However, this week I was delighted to learn that Paul, 67, has accepted the nomination of President Elect of the EGU for 2011 with a view to becoming President in 2012. ??"I never expected to be awarded the highest honour of being President, but I'm really looking forward to my year. Who wouldn’t?” he said.

Paul studied mechanical engineering as part of an apprenticeship with Golf Ball Development for Penfold in Birmingham and also worked for Rolls Royce in Derby, before taking up golf club administration in 1973 at Chevin. Later he moved to Sherwood Forest before joining the EGU at its then headquarters in Leicester, prior to its move to Woodhall Spa in 1996.

He was Derbyshire champion three times, match play champion four times and once was Nottinghamshire champion. In 2001, Paul became an England senior international and for the past two years he has been a member of the Lincolnshire seniors team, winning the county seniors title in 2009 as a three handicapper.

Married to Carol for 46 years, they have two sons, Frazer is the PGA pro at Market Harborough and Iain, a Wing Commander in the RAF, and a daughter Sharon, who is a Junior Sister at a hospital in nearby Boston. They also have six grand children.??When he becomes EGU President in 2012, he will be the first from Lincolnshire since the late Neil Hotchkin in 1972.

Paul's a good man to whom all golfers in England owe a debt of gratitude for his services to the game and what  it has achieved under his leadership. I'm amazed he has never be recognised with an honour from the Queen. However, with him at the helm again, the EGU will be in safe hands.