Left-hander 14-under par in Arizona 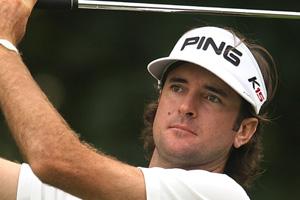 Bubba Watson, the world’s second best left-handed golfer behind Phil Mickelson, has revealed he shot a round of 58 at the Estancia Club near his home in Scottsdale, Arizona.

Watson, ranked No.21 in the world, tweeted that he had ten days to prepare for the 2012 PGA Tour season and shot 14-under par from the gold tees at his home course, so feels in good form ahead of the opening event - the Hyundai Tournament of Champions in Hawaii.

Estancia’s head professional Terry Carlson, confirmed the outstanding round was part of the club’s Black Rock Game, held every Tuesday and Thursday.

Watson had one of the more memorable shots in Hyundai Tournament of Champions history last year when he carved a driver off the fairway that reached the green in two on the par-5 18th hole... and holed for eagle.

Tell us about your best ever score...