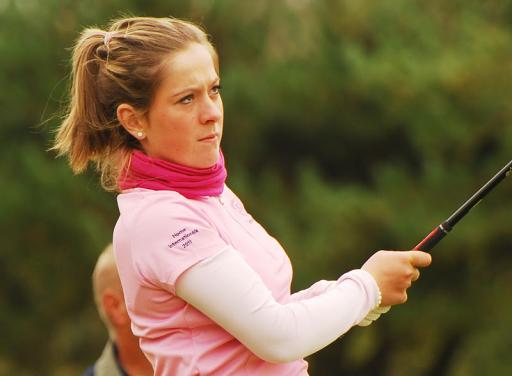 The golfing world watched on, eager to see if Open champion Darren Clarke, US Open winner Rory McIlroy or history-maker Luke Donald would take the coveted BBC Sports Personality of the Year award.

Elsewhere, the European Solheim Cup girls were in contention for the Team of the Year gong.

But while those awards went to the thoroughly deserving cyclist Mark Cavendish and the unstoppable England cricket team, it was left to Ladies British Open Amateur champion Lauren Taylor to take home golf’s only prize of the evening – Young Sports Personality of the Year.

Accepting her award, Taylor, who became the youngest winner of the Ladies British Open Amateur Championship when she took the title in June aged only 16, said: “It is such an honour to win this award. There’s so many people I need to thank.

Taylor then took to Twitter to express her delight. “What an amazing feeling, I’m so happy!”

She later added: “BBC Young Sports Personality of the Year topped off a great year and such a good Christmas present! Thanks to everyone who supported me.”

Lauren has had quite a year. On top of her Ladies British Open Amateur Championship victory, she played in the Women’s British Open, represented Europe in the Junior Solheim Cup and is ranked 20th in the women’s amateur world rankings.

The youngster also made a memorable debut on the Ladies European Tour, qualifying for the Slovak Open and then hitting a hole in one during the first round.

She has been now been signed by Baylor College, Dallas, Texas, on a sports-based scholarship.

Fellow Woburn golfer, Ryder Cup star and World No.16 Ian Poulter, said of Taylor: “She is not only a great golfer but an extremely well-rounded young woman.

“Lauren is a deserving winner of the award and has my full support as she moves forward with her golfing career.”

Steve Robinson, English Women’s Golf Association national coach, added: “Lauren has always impressed me with her work-rate, attitude and ambition along with her desire to compete - the attributes all top-class athletes require.

“Lauren is a very talented, down to earth sportsperson and has a very bright future ahead of her.”

The award is made to the outstanding young sportsperson aged 16 or under on 1 January 2011. Previous winners include diver Tom Daley, British tennis No.1 Andy Murray and footballers Wayne Rooney and Theo Walcott.

In the Sports Personality of the Year voting, Clarke was second behind runaway winner Cavendish, with Donald fourth and McIlroy eighth.

Did the right person win? And congratulations to Lauren!