John Petrie steps down after five years in the role 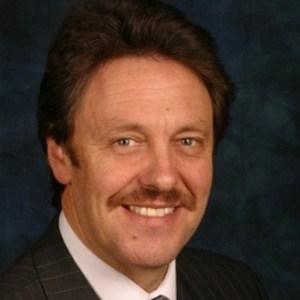 John Petrie, the chief executive of England Golf, has resigned after five years in the role.

Petrie, who was appointed CEO of the English Golf Union in 2007, has worked for the national governing body during one of the most significant times for the game when helping the EGU merge with the English Women’s Golf Association to form England Golf.

“To be appointed to this position was a great privilege and I have thoroughly enjoyed the many challenges that faced us,” said Petrie, who was appointed CEO of England Golf in January this season.

“I have been supported thoroughly by the excellent staff and so many outstanding volunteers across the country.

“The merger leading to England Golf was a hugely significant moment and now it has been implemented, England Golf needs to look to the future with a new chief executive.”

England Golf’s chairman of the board of England Golf Nigel Evans said: “I thank John for his contribution during the past five years. The future of England Golf post merger will bring new challenges and we will start the recruitment process for a new Chief Executive shortly.”

England Golf’s finance director Craig Wagstaff will assume the role and duties of chief executive for an interim period until a replacement is found.

Golf news
Golf club membership on the rise together with the cost of a round
Course news
REVEALED: The UKs WETTEST and DRIEST golf courses in 2022
Golf news
Tommy Fleetwood "wants to give back" in new role with England Golf
Golf news
First woman in history to captain a Northern Irish golf club
Golf news
Golf club bought for £10 million, now being sold for £2 million!