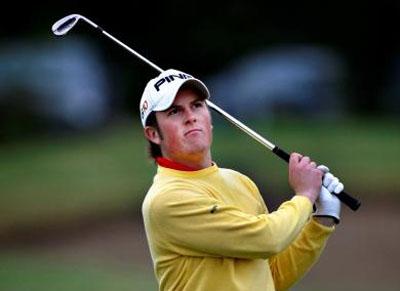 Englishmen dominate the world rankings - including three in the top seven - but there's no shortage of others waiting to take the place of Lee Westwood, Luke Donald and Paul Casey in the decade to come.

David Coupland, 25-year-old from Boston Golf Club in Lincolnshire is the latest likely contender, losing only on the first extra hole of a sudden death playoff for the Australian Amateur Stroke Play Championship at The Victoria Club in Melbourne at the weekend.

In Australia for four months competing for Waverley GC in the Pennant Series, Coupland carded a closing round of 65, including six birdies on the front nine, to tie Queenslander Cameron Smith on 13 under par.

But the Aussie, who led the tournament from the start, birdied the first play-off hole to claim the biggest winof his career. However, he paid tribute to Coupland’s effort, saying: “Dave played awesome golf. He just went at every pin, hit it to six feet every time and holed the putts.”

The leading 32 players from the stroke play event qualify for elimination match play, to determine the Australian Amateur Champion and Coupland won his first two matches to reach the Quarter Finals.

Other achievements by English amateur golfers Down Under this winter include Andrew Sullivan (Nuneaton) winning the New South Wales Medal and runner-up among the amateur in The Australian Masters. He was also second to Jack Senior (Heysham, Lancs) in an all-English final of the New South Wales Amateur.

Golf Betting Tips: Our BEST BETS for Round One of PGA Championship
The TOP 5 FootJoy golf shoes ahead of the PGA Championship!
Bob Warters
dave coupland
Previous
Six o
Next
Six of the Best... Augusta chokers