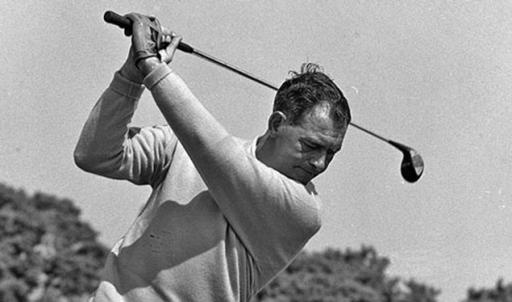 It’s St Patrick’s Day so here's a special feature dedicated to half a dozen of Ireland’s favourite sons. We know there are many more we could have listed but it’s our site, our ball, so we name whom we like! However, feel free to add your own nominations and any personal memories in the forum.

My first ever Pro-Am partner, writes Bob Warters. It was back in 1976 near Cambridge and what a thrill to play alongside the man popularly known by every Irish golfer as Himself. Thirty years later I had the chance to interview him for book dedication and he remembered the day clearly and was so quotable, albeit as he sat on the edge of his hotel bed still half dressed before another appointment!

Long overdue, he was inducted in the US golf Hall of Fame last year at the age of 86, having carried the burden of probably the best UK and Ireland golfer of his era never to have won a major.

He was feared by the likes of Nicklaus and Palmer despite his arthritic hands which reduced him to merely dozens of tournament victories and 10 Ryder Cups - a record surpassed by Nick Faldo in 1997.

Christy is a legend, with a golf game of finesse and style matched only by his gregarious character.