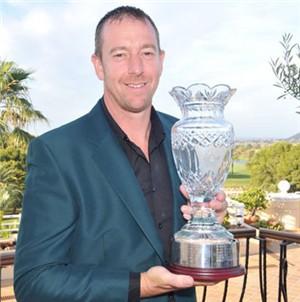 Former Wales goalkeeper Paul Jones will be aiming to successfully defend his Footballers’ Golf Classic crown when the popular event returns to La Manga Club for a 15th time from June 4 to 9.

The event features four days of competitive golf; the one-day Alan Ball Trophy and the three-day main event which sees competitors playing alongside a different footballer each day.

Places in the event cost £1,350 per person and include five nights in the five-star Hotel La Manga Club Principe Felipe, breakfast, welcome and gala dinners and prize-giving with entertainment.

The luxurious setting of La Manga Club is the ideal venue for the competition with its three championship golf courses perfectly complemented by the rest of the resort’s wide-ranging facilities, including a 28-court tennis centre and 2,000sqm spa complex.