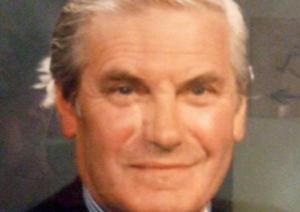 Tributes have been flooding in for David Thornham after the former Sundridge Park Golf Club captain died from a suspected heart attack mid-way through a round at the weekend.

The 73-year-old retired banker and grandfather-of-five, of Beckenham, Kent, was on the fourth fairway at around 10am on Saturday when he collapsed.

Police and ambulance services were called but he was pronounced dead at the scene.

Club chief executive Luke Edgcumbe told the Bromley Times: “David’s death was a shock to the golf course and its members. We will work with the family to see if a memorial can be put up.”

President David Trunan, a friend of Mr Thornham for many years, added: “The Thornhams are a lovely family and will miss David so very much.

“He and Gwen had a wide circle of friends from their golf, cultural, business and social activities. They will all be that much poorer without him.”

Mr Thornham joined Sundridge in 1970 and was club captain from 1997 to 1998. Owing to his background, he also served the club’s financial committee.