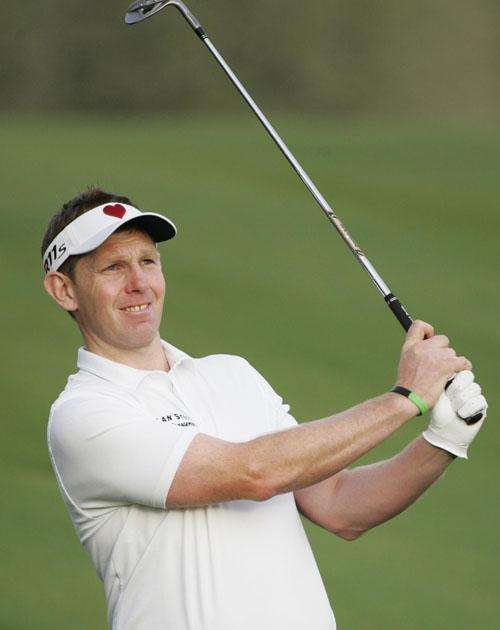 Stephen Gallacher is following in the footsteps of fellow Scot Paul Lawrie by launching his own foundation to encourage talented youngsters into the game.

Lawrie set up his own academy in the Aberdeen area nine years ago in the wake of his 1999 Open Championship success at Carnoustie, and it has proved a key breeding ground for children determined to make a career in the game.

It was Lawrie’s way of putting something back into golf in similar fashion to Lee Westwood and Darren Clarke, among others top stars, and now World No.100 Gallacher, born in Bathgate and living in near Linlithgow, West Lothian, aims to make a similar contribution.

Watched by proud parents, wife Helen and ten-year-old son Jack at Kingsfield Golf Range – the 37-year-old launched the Stephen Gallacher Foundation, providing coaching and playing opportunities for youngsters in the Lothians and Borders of Scotland.

“I want to give kids the chance to play golf that they otherwise might not have had,” says the nephew of former Ryder Cup captain Bernard Gallacher, “and I want to inject a bit of fun into it.”

“If someone came through the whole process and ended up playing for Scotland or in the Walker Cup and then turned pro, that would be terrific,” adds the 2004 Dunhill Links champion.
Among those who have graduated through Lawrie’s scheme is double Scottish Amateur champion David Law.

Gallacher admits to picking Lawrie’s brain at every available opportunity when they’ve met on Tour.

“Paul is nine years down the line and he has learned from his mistakes so we are using a tried-and-tested template and trying to add our own stamp on it, too. He’s telling us everything right down to where to buy the flags,” Gallacher revealed.