Should have gone to Specsavers, Jack! 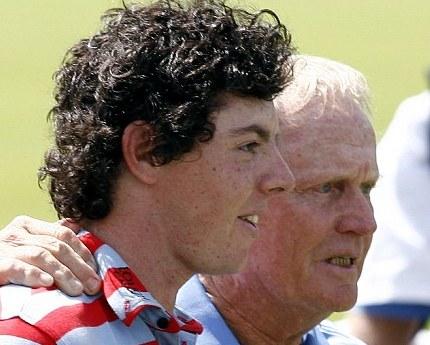 Jack Nicklaus claims to be one of Rory McIlroy’s biggest fans. Only he hasn’t a clue what he looks like.

Confused? Well, the Ulsterman certainly was when he crossed paths with Nicklaus at The Bear’s Club on the eve of the Honda Classic earlier this week.

McIlroy, who is renting a place at the South Florida enclave this spring, thought he’d pop over to the record 18-time major champion to say hello.

It turns out the legendary 72-year-old didn’t have his glasses on - a familiar excuse from my grandfather, then. (Just for the record, I am his only grandson.)

Flying under the radar is not something the 22-year-old has been used to of late. McIlroy has finished worse than fifth just once since August and should he claim a third PGA Tour title on Sunday, will occupy the top spot in the world rankings for the first time in his career.

Perhaps now is a good time to drop in to Specsavers, Jack.