Golf on the cards as Strauss steps down as England 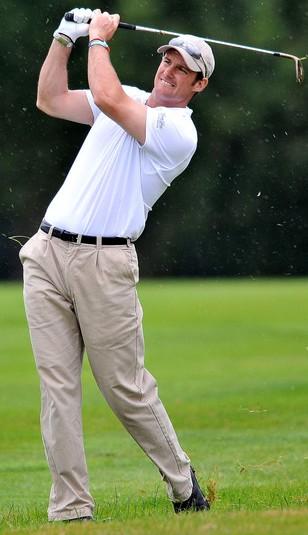 Knocking balls out the park and scoring sixes with regularity will no longer be required for England Test captain Andrew Strauss, who announced his retirement from professional cricket today.

Strauss, who described his decision to step down from the sport as being in the ‘best interest’ of the national side, confirmed he’s looking forward to spending time with his family and working hard on his four-handicap.

“I think long-term, I’d like to have some more challenges ahead of me in whatever it is I do,” said the 35-year-old, who brings the curtain down on a 100-Test career that peaked with Ashes victory in Australia 18 months ago.

“I’m going to take a bit of time off to think about what exactly that means and what that might be.

“And while I’m taking that time I’m looking forward to spending some time with my family and getting my golf handicap down as well.”

Twenty20 captain Stuart Broad, who is now one of just two England international skippers, was quick to praise his pal’s career and undoubted potential as a left-handed golfer.

Strauss, who currently holds the record for most catches by an outfield player for England, did declare he would love to be involved in cricket in some capacity further down the line.

“I would love to stay involved in cricket. I feel like I have more to offer at some stage in the future,” he added.