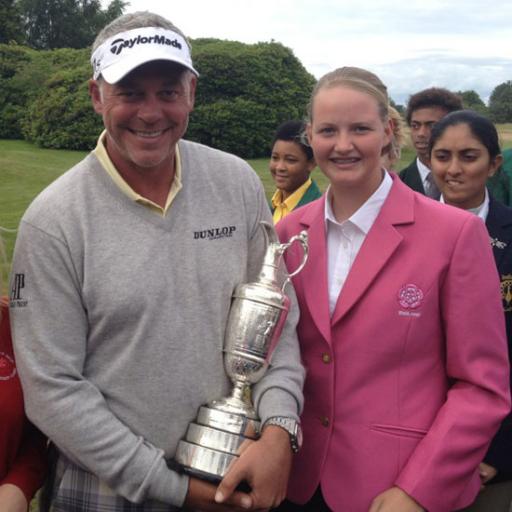 Japanese star Asuka Kashiwabara has smashed two Junior Open records by becoming the first girl to win the biennial event, as well as posting a record 16-under total for 54 holes.

Kashiwabara broke the women’s course record with a first-round 8-under 66 before compiling rounds of 69 and 71 for a 206 aggregate at the 10th Junior Open.

“I enjoyed the course, the tournament and did not mind the weather,” said Kashiwabara, who later joked the boys must practice harder.

England’s Gabriella Cowley from West Essex, who started the last day in second, finished third after recovering from three double bogeys in succession from the third during the final round.

“I’m disappointed with my last round and those doubles but I played better on the back nine,” said the England international, who will represent the nation in the girls’ Home Internationals in August.

“Overall, I enjoyed the tournament very much and it was a great experience.”