Montgomerie: Check the rankings for your Open Championship winner 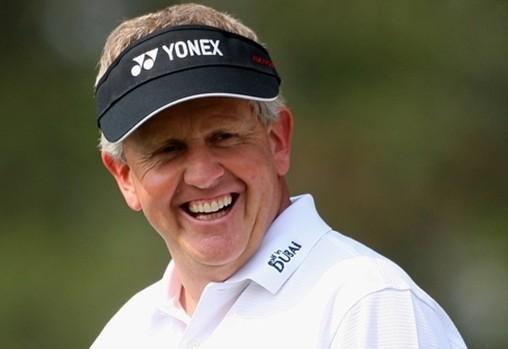 Having finally sat down with Colin Montgomerie at De Vere’s delightful Heron’s Reach resort in Blackpool – just six miles from Royal Lytham & St Annes – a man in a suit slightly too big for him tells me I have “strictly five minutes” with the Ryder Cup winning captain.

But I hadn’t even started my first question when a woman appears from over my shoulder. “Hi Colin,” she says. “I’ve got Damien here, he’s a huge golf fan.” I don’t think the kid’s name was Damien, but it seemed quite apt as they chatted my allotted minutes away.

“Thanks Monty,” says Damien as the Scot autographs his hat. And before bouncing off into the distance a very happy six-year-old, he adds: “Good luck this week!”

Montgomerie looks at me, shakes his head and smiles. “Obviously not that huge a golf fan then.”

I return half a smile in Montgomerie’s direction, but my eyes are glancing over my question sheet and my mind is mentally deleting most of them.

And before I can get anywhere near a question mark, Monty starts chattering away into my Dictaphone.

“A lot of them you can discount around Lytham, because of the conditions and the driving ability of some of the players. I would say you have to look at someone who drives the ball extremely well – straight but not particularly long, because Lytham isn’t a long course – and someone who can control the height of the ball because it will be breezy.”

“Enter Graeme McDowell. Enter Justin Rose. Enter Paul Lawrie. That type of player is going to win here. Tiger’s driving poorly but can hit that low stinger. I’m worried about Luke Donald because he doesn’t drive as straight as everyone thinks he does - and he’ll need driver every hole where some can hit long irons or fairway woods.

“Lee Westwood will be in contention because tee-to-green he plays great, while the greens are benign and slower due to the conditions and that plays into his hands. I would love him to win. But these days you could easily reel off a list of 50 players who could be lifting the Claret Jug on Sunday.”

So, Colin, let’s talk about you. Now, despite what our resident expert Damien thinks, you won’t be teeing up at Lytham tomorrow. But I read recently that you’ve changed your mind regarding the Senior’s Tour.

“The people who have said I’d be mad not to do it have won,” he says with a wry smile. “And I think they’re right, particularly after the incredible success of Roger Chapman recently. I turn 50 next June...”

Monty is interrupted mid-sentence by his good friend, Scottish rugby hero Gavin Hastings, who has been sat with us throughout the interview. Monty smiles and I can see a witty retort forming in his head, but before it leaves his mouth I shoot a glance which suggests I’m a man with just 30 seconds left on the clock.

“...and my first event will be the Senior Open in July at Royal Birkdale.”

Blast! I again mentally curse Damien, whose antics have denied me the opportunity to regale Monty about my incredible history-making feat at the aforementioned Southport club.

“After that I’ll go over to the States and join the Champion’s Tour and after two or three years I’ll make a decision about whether to carry it on or not.”

You’re obviously here to promote the Elizabeth Montgomerie Foundation – the cancer charity set up in memory of your late mother. How are things going?

“We’ve raised four million pounds to build new hospitals in Lanarkshire and Aberdeen and the support we’ve had from the general public and affiliated companies has been overwhelming.

“It’s difficult juggling the charity with the golf courses, my career, and my family – and we’ve got the sponsors to obey,” he adds, pointing to the logo on his chest. “But I like to keep busy and it’s a lot of fun.”

At this point a burly figure looms over me and tells us we have to wrap things up. But I have just one more question: £10 on a player to win The Open with any winnings donated to the Elizabeth Montgomerie Foundation – who shall I pick?

“Justin Rose,” he replies, without even thinking about it. “I really fancy him to take it this week – he’s got the perfect game for this tournament.”

Each-way, or lump on him?

“Each-way,” adds Monty, standing to shake my hand. And with one last piece of advice which I promise to heed, he smiles: “Never lump in golf.”

That’s who Monty thinks will win The Open. Here are the four players we think have a chance. Remember to follow @Golfmagic on Twitter and like our Facebook page for all the latest news from Lytham.