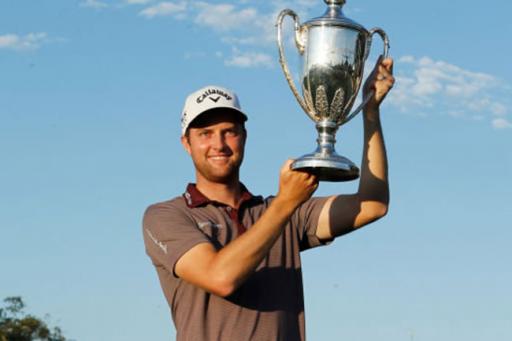 FOLLOWING Chris Kirk’s impressive victory at the McGladrey Classic last Sunday he took to Twitter in a drunken rant on anchored putters.

As he marvelled at Adam Scott, who employs an anchored putter, winning the Australian Masters the American voiced his distaste, suggesting players should feel guilty for using the speciality putters.

Kirk also accused the USGA of putting players in an awkward position by not banning anchored putting right away.

Later he wrote: "Kuch is my boy, but who did he pay off to make his method legal?" - referring to Matt Kuchar's armbar putting style.

Soon after he deleted the tweet and wrote: "Everyone is entitled to their opinion but I cross the line. Don't drink and tweet!"