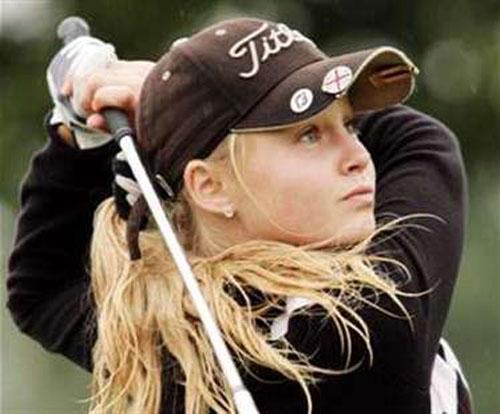 Catriona Matthew has hit out the Ladies Golf Union, the governing body of the women’s game in the UK, following its decision to drop current World No.9 amateur Charley Hull from the GB&I squad for the Curtis Cup match at Nairn in June.

15-year-old Hull, who won her first adult tournament aged nine, pulled out of the final three-day selection trial over the Scottish course from March 23 to 25 after receiving a sponsors’ invitation to play in the Nabisco Championship in California – the first major of the LPGA Tour season.

The LGU says Hull reneged on a signed undertaking that she would commit to the trials and as a result she will not be considered for selection for the biennial match against the cream of US amateurs.

“When you’ve got the chance to play in a major, that experience helps more than playing in a Curtis Cup training session,” said the 2009 Women’s British Open champion. “If you’re good enough to get an invite to a major you should be given an exemption to miss the training session. It’s very short-sighted of the LGU and I think they should reconsider.”

But Susan Simpson, the LGU’s head of golf operations, defended the decision. “Charley Hull won’t be selected because all the players signed an undertaking to attend the team trial in March.

“The decision is final. We tried to discuss it with her but she obviously has different ideas about what’s important to her.”

Hull announced herself to golf world with a successful three-week trip to the United States at the beginning of 2011, aged 14, when she played Florida’s Orange Blossom Tour, finished runner-up in the South Atlantic Women’s Amateur Championship and won the Jones-Doherty Match Play at Coral Ridge Country Club, Fort Lauderdale.

Is this a decision based on control-freakism or team spirit?