The fascinating tale of the

The day Adolf was not amused by English golfers' success 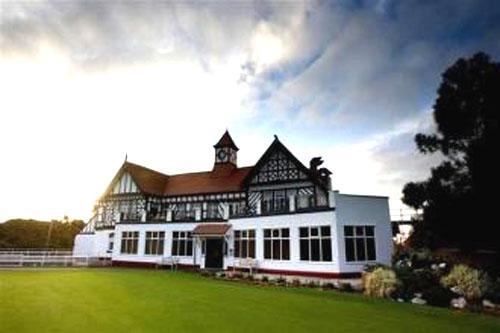 As a former editor of the long-lamented Golf Weekly – the successor to Golf Illustrated originally launched in 1896 as the voice of golf in the UK – I was delighted to learn that the original title has been resurrected.

Its content, in glossy magazine format, is at last being lovingly reproduced from the files and bound volumes of Golf Illustrated that dominated our offices in Peterborough, including excerpts from which I included in the modern version during my time there between 1995 and 2000.

Articles by some of the distinguished players and writers of the early 20th century and swing sequences of The Great Triumverate – JH Taylor, James Braid and Harry Vardon among others – all seemed lost to the modern era until the Bauer editorial teams spotted the potential and found the resources to bring the title to life again.

The latest issue, available quarterly for an annual subscription of £40, details among its content the fascinating story of the Hitler tree that stands alongside the clubhouse at Hesketh, the oldest golf club in Southport.

The fir tree, planted in 1936, might have been handed over by Adolf himself, if the depraved Dictator had not been such a bad sport.

To learn more, the publication reveals, we must travel back to the pre-World War Two Olympic Games made famous by the celebrated American athlete Jesse Owens.

Golf was not a part of the Olympics, but Hitler decided to hold a parallel international tournament – the Grosser Golfpries Der Nationen (Golf Prize of Nations) – at Baden Baden Golf Club.

The event was held straight after the Games and the English Golf Union decided to send a two-man team comprising of Hesketh’s Arnold Bentley and Tom Thirsk of Ganton.

The Germans led going into the final day, and were still three strokes clear after the morning round. Anticipating a German win, Hitler set off from Berlin so that he could present the prizes to a triumphant home nation. He didn’t reckon on the gritty determination of the ‘Englanders’.

Thirsk recorded back-to-back 65s which was enough to snatch first place on 562. When Hitler heard of the turnaround he was furious and ordered his driver to head straight back to Berlin.

It was left to the president of the German Golf Union Karl Henkell to award the prizes – a trophy, gold medals and the fir tree, which remains by the first tee at Hesketh to this day.

The story of the ‘Hitler Tree’ is one of the highlights of the second issue of the new Golf Illustrated, alongside pieces on eccentric golfers Moe Norman and Mac O’Grady, a photo essay of Donald Trump’s Scottish links, a celebration of hickory golf and Rye’s President’s Putter.

FOOTNOTE: Back at the 1936 Olympics, the German Olympic Committee gave athletes an oak sapling for each gold medal they won. The US team received 24 and Owens came home with four of them. One of Owens’ trees towers over Rhodes High School in Cleveland where he trained. There is no plaque marking it, but it has long been a source of pride for students to be photographed under it.

Does your local golf course have any oddball historic links?