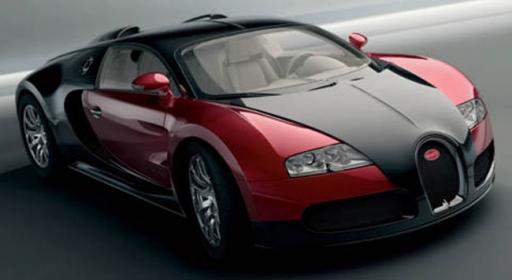 Rory McIlroy has hit out at an Irish newspaper after it posted an article claiming the Ryder Cup star has splashed out £1.3m on a car.

“Northern Ireland golfer Rory McIlroy has just sped into the fast lane of fame and fortune after splashing out on a supercar Bugatti Veyron worth £1.3m,” writes the Belfast Telegraph.

“The wonder boy of the golfing world has treated himself to the ultimate boy’s toy with the hard-earned cash he has made from setting the sporting world alight.

“As a source close to the multi-millionaire golfer explains: ‘Rory is really enjoying living the high life with his winnings and he’s always dreamed of getting a car like this.’

“There are only five of this particular model in the whole world and Rory is really pushing out the boat and wants to take delivery of the car by the summer.

“He’s really developed a taste for the high life since he started making big money on the golf tour.’”

But the 21-year-old hit back at the claims on social networking site Twitter.

“This article is total bollocks!” wrote the Ulsterman before providing a link. “I’ll never do anything for the Belfast Telegraph again!”

Though he may be irked by the story, McIlroy has inadvertently helped this particular newspaper, whose website will have thousands, if not millions, of extra hits from this.

Now, who shall I lie about and what shall I say?