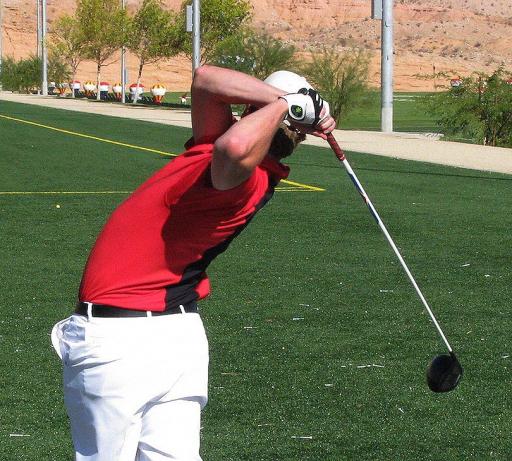 Long-drive specialist David Mobley made PGA Tour big-hitter Bubba Watson look like a duffer, after setting a finals record in the Senior Division at the 2011 Remax World Long Drive Championship.

The golfer from North Carolina started the day as third favourite but raced into the semi-finals with a drive of 454 yards, before knocking his next one a yard further to book a spot in the final.

And despite watching Vince ‘The Pasta Man’ Ciurluni nail a 452-yard bomb, Mobley roared back by unleashing the world record.

“I stuck with my game plan and kept the ball low and let it run,” declared Mobley after scooping the $50,000 first prize.

A cracking drive by Mobley, but it's still someway short off the world record set by Mike Dobbyn, who has smashed a jaw-dropping 551 yards, while the longest drive in an Long Drive competition is 539 yards by Scott Smith.