The Shark out until the summer 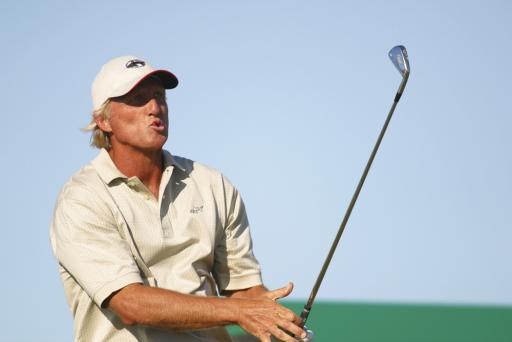 Greg Norman has undergone surgery on his left shoulder which is expected to keep him out of the game until late July.

According to reports, the Australian had arthroscopic superior labral, capsular and partial rotator cuff repairs in a procedure at the University of Pittsburgh Medical Center.

“It’s unfortunate that I have to undergo a second surgery to my left shoulder, but for more than six months now, I’ve known that such a procedure would be required,” said the 56-year-old.

“I’m hopeful that with aggressive rehabilitation I will be able to play towards the end of July, but obviously we will know a lot more in the coming weeks.”

Norman, a two-time Open winner and former world number one, previously had left shoulder surgery in 1998 and a right shoulder operation 18 months ago.

His surgeon, James Bradley, added: “Today’s surgery on Greg’s left shoulder had little to do with his previous procedure in 1998. Today’s procedure had more to do with Greg’s torn labrum.

“Knowing Greg’s commitment to rehabilitation, we are confident he will make a speedy and full recovery.”

The Shark will serve as the International team captain at the Presidents Cup in November in his native Australia.