Golf in the courts once again 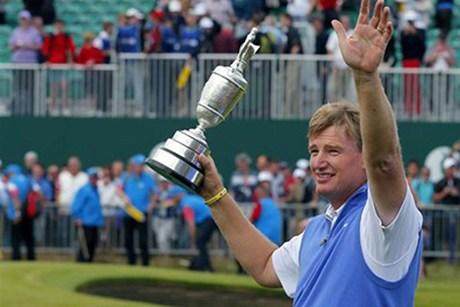 Six men have been fined after brawling during the 2012 Open Championship - and it wasn’t because of a heated debate over eventual champion Ernie Els’ anchored putter.

The hooligans were hauled before Blackpool Magistrates’ Court yesterday after fighting with police as they were thrown out of the second day of the event at Royal Lytham & St Annes.

The court heard the group had been drinking and members of the public filmed the brawl on their mobile phones. District Judge Hatton told the men: “Your behaviour that day was totally inappropriate.”

Terence Earle, 38, from St Helens admitted assault on a police officer and was fined £600 with £165 costs, and Barry Livingstone, 59, from Liverpool, was fined £110, with £162 costs, after admitted being drunk and disorderly.

Michael Earle, 36, from Liverpool, also admitted assaulting a police officer and was given a six-week curfew, ordered to pay £150 in costs and £50 compensation.