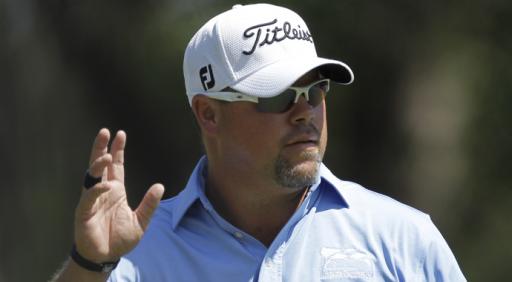 The 40-year-old American, with just one victory on the Web.com Tour to his name in 2008, was looking to board a flight from West Palm Beach to Charlotte on Sunday morning.

But after slipping off his belt, shoes and accessories through screening at the security checkpoint, airport officials found a fully-loaded 40-caliber Glock 27 in his possession.

According the official security report, Blanks told authorities he'd forgotten to remove the gun from his bag after a road trip the week prior, and also admitted that he did not have a concealed weapons permit.

He was released on Sunday morning after posting a $3,000 bond.

While Blanks has yet to acknowledge the incident on his Twitter account, messages posted Monday indicate that he participated in a charity event the day after his arrest.