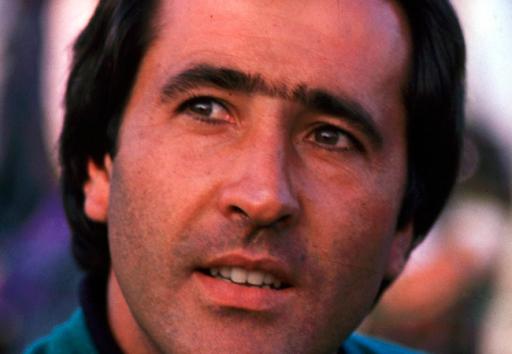 MY love affair with the great Spanish maestro all began as a four-year-old, trudging around Wentworth’s West Course in 1991 with a plastic golf club to hand, wearing a pair of baby tartan trousers that Ian Poulter would have been proud of.

Yes, my parents dressed me like a pimp. Face, meet palm. Oh... I still dress like that.

Although I don’t remember every shot of Seve’s down the back nine late that Sunday afternoon at Virginia Water, or how many times the marshals told me to stop pinging the crowd control ropes at the side of the fairway, I will never forget the 5-iron he hit from the rough to defeat Colin Montgomerie at the first playoff hole for the Volvo PGA as I watched on from my dad’s shoulders. It went to gimme range, a putt I could have poured in with my plastic putter.

Six of the Best: Remembering Seve

I was barely six months old when he lifted his fifth and final major title, but at least I can say I was there to see him win his second PGA title. The next time I bumped into the great man was in 2004, when he presented the HSBC World Matchplay trophy to my golfing idol in South African Ernie Els, who eclipsed his five-time winning record in the event.

And to my delight, he signed an autograph for me across that infamous silhouette image of his. That was Seve – a real fans’ player.

But of course, most of my generation will remember him best for captaining the 1997 European Ryder Cup side to a 14½-13½ victory over our American cousins at Valderrama. Playing the event for the first time on home soil outside the British Isles, it was only fitting Seve should lift the trophy in his native land.

Thank goodness for YouTube, otherwise I'm not sure how I would have been able to re-live those special Seve moments and flamboyant shots that left the world dumbstruck. Some of them sent goose bumps down my spine, even when I knew what was coming. He could see things others simply could not, the impossible was made possible and his legacy lives on today.

I even find myself trying to emulate Seve on the golf course today. Although I have never found myself playing from a car park, I am sure that day will happen; I have been known to play the odd shot on my knees.

Ballesteros gave the public much more than an 18-hole walk, not least his willingness to let the fans share in the joy and emotion he felt in his own success across 87 tournament wins. When he beat a world-class field at Wentworth in 1991, his glittering smile lit up the murky Surrey sky.

At one point, I even caught my mum swooning. He had the world at his feet.

And when Peter Alliss visited Seve in Spain for a BBC documentary, shortly before his death, and spoke frankly about his battle with the malignant brain tumour, as well as the effects of his great success on his private life, there wasn’t a dry eye in the golfing world. It was one of the most emotional programmes I've ever seen.

Even before his death, there were numerous calls for Ballesteros’ contribution to golf to be memorialised in a more permanent way – such as naming a strokeplay event after him – while a few Tour stars have already backed the idea of replacing Harry Vardon’s image with that of Seve’s on the European Tour logo.

All good ideas, and yes we still have the Seve Trophy, yet in truth no tournament name or logo is necessary to remind us of the legend that was Don Severanio Ballesteros. RIP Seve and happy birthday.