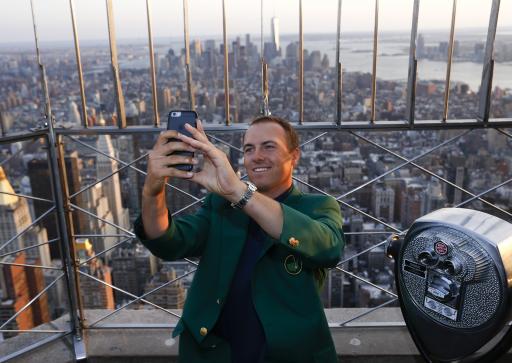 Rory McIlroy thinks Masters champion Jordan Spieth is better than he was at 21 because he is "far more mature".

Spieth, 21, sank a record-breaking 28 birdies during the Masters and became the first player to reach -19 at the event, en route to a four-stroke victory.

At the same age, McIlroy famously blew a four-shot lead in the final round of the 2011 Masters, carding an 80.

The Northern Irishman's first major came just after his 22nd birthday at the 2011 US Open, and he went on to win the US PGA Championship in 2012. He won the Open and another US PGA last year.

No rest for the Masters champ

Jordan Spieth will not rest on his Masters laurels and will play the RBC Heritage at Hilton Head on Thursday in what could be a welcome break from a jam-packed media schedule.

The 21-year-old had until Monday afternoon to gather his thoughts after clinching his first major before he was whisked into a media frenzy.

Justin Rose says he is “feeling better than ever before” because of a new gluten-free diet championed by world number one tennis player Novak Djokovic.

After a poor star to his season, the Englishman sought out a dietician to help his allegies, and a runner-up finish at the Masters suggests the new regime is paying dividends.

“I have given up gluten, like Djokovic. It worked for him – he is a little whippet,” the 2013 US Open champion told The Telegraph. “I reckon I have lost eight to 10 pounds and I feel so much better for it. My joints feel amazing, no soreness, no early morning creaks.

"I’m still training and still lifting in the gym and have kept my strength up. It’s just the unwanted stuff that’s disappeared. But I did go back on the beer last night (Monday).”

Before the Masters Rose only had one top-10 on the PGA Tour this season, and missed the cut in three tournaments.

Caroline Wozniacki denies her congratulatory tweet to Jordan Spieth was an insult to ex-fiance Rory McIlroy.

Wozniacki tweeted: “Congratulations to @JordanSpieth on winning @TheMasters! Extremely impressive how he came out firing from the start and never looked back!”

After several users accused her of taking a swipe at the four-time major champion, the tennis star said she was “congratulating Spieth and nothing else”, adding people needed to “move on from the past”.

Graeme McDowell avoided a one-stroke penalty at the Masters because a bee put him in a “dangerous” situation.

The Northern Irishman knocked his ball and marker on the fourth green when brushing away a bee, and called a stroke penalty on himself, carding a bogey.

After speaking to European Tour chief referee John Paramour he was notified of the new rule and duly changed his score, eventually posting a 73 in his final round.

A rating measures the size and composition of an audience. The channel earned a score of 9.6 for the final day's play - a 23% increase on last year.