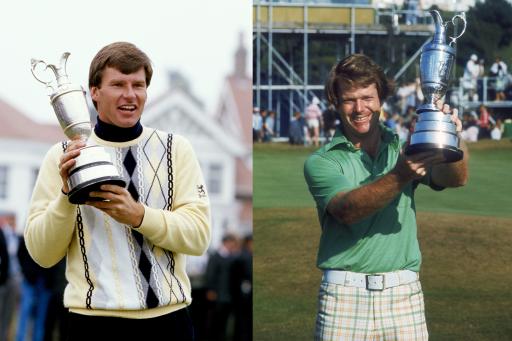 Nick Faldo at the Open: career in pictures

The Englishman spends most of his time as a golf analyst for TV in the US, and missed the cut in his last two Open appearances in 2013 and 2014 after sitting out the event for a couple of years.

“The Open and St Andrews will forever hold a significant place in my heart," said Faldo, who will turn 58 during the tournament.

"My fondest moments on my journey with this great sport are woven with pictures and emotions in this setting. It all means a huge amount to me.

“I look forward to celebrating all that golf has given me as I cross that storied bridge and the wonderful memories I share with many people. I am grateful for it all and grateful to golf."

The 2014 US Ryder Cup captain secured an extension to his Open eligibility when he missed out in a play-off to Stewart Cink in the 2009 tournament at Turnberry at the age of 59.

St Andrews is a popular venue for former champions to bow out. Jack Nicklaus, who won 18 majors and three Opens, posed for farewell pictures on the Swilcan Bridge in 2005.

Northern Ireland's Rory McIlroy will defend his Open title when the tournament returns to St Andrews for the first time in five years from 12-19 July.