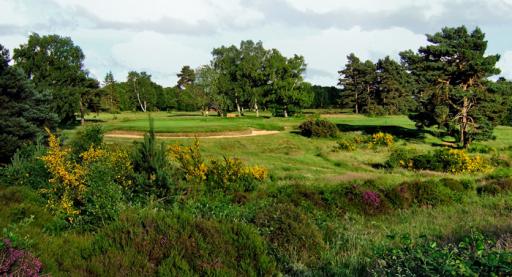 1981 was quite a historic year for the Ryder Cup.

Walton Heath Golf Club had its name sewn into the competition’s history as the first year the Americans faced a team of golfers from across Europe, rather than just Great Britain & Ireland.

It didn’t make a lot of difference where they were playing though. Dave Marr’s US team crossed the Atlantic amid an air of confidence. This was, in most people’s eyes, the best American team ever assembled.

Is this the ANGRIEST golfer you've seen since Tyrell Hatton's parody?
Night golf: Would YOU play more if it was available in the UK?

30 years on, the Surrey club welcomes back many of the stars from that week as it hosts the 2011 Senior Open Championship, beginning tomorrow.

Making his debut in the Ryder Cup that year was a certain German by the name of Bernhard Langer – who is returning from four months out through injury to defend his Senior Open title this week.

Said the 53-year-old: “I haven’t been back [to Walton Heath] for quite a number of years so I am excited to defend my Open title there.

“My Ryder Cup debut was obviously a memorable part of my life and I was pleased to win one and a half points from my four starts – although we lost to one of the strongest American teams in history.

“It was the start of my love affair with the Ryder Cup.”

This is only the second time the competition has been played in the south, after nearby Sunningdale was the host track in 2009. That year, 13 players from the two 1981 Ryder Cup teams were present. Last year, at Carnoustie, it was just seven - including winner Bernhard Langer.

And this year, the number has risen to nine, with Langer joined by Sam Torrance, Sandy Lyle, Mark James, Des Smyth and Eamonn Darcy representing Europe, while Kite, Pate and Watson are over from the States.

On a recent press day at Walton Heath, Golfmagic met club secretary Stuart Christie, who confirmed there are no specific plans for the anniversary.

“But,” he said, “the club are thrilled to host such a prestigious tournament, particularly as so many of the competitors will be coming back having enjoyed playing Walton Heath in the Ryder Cup and European Opens.”

Competitors this week will be pleased to know the brutal 235-yard par-3 opening hole on the Old Course will not be in play, as the event will be played on a composite track using all holes from the Old except 1 and 3, as well as 12 and 13 from the New Course.

As well as that famous Ryder Cup, Walton Heath has played host to the European Open five times. It has been the US Open Championship European Qualifying venue since 2005, where New Zealand’s Michael Campbell came through and went on to beat Tiger Woods to take his first major title.

Golf news
Night golf: Would YOU play more if it was available in the UK?
Course news
Another UK golf course set to be turned into housing
Golf news
Former LPGA Tour pro: Diversity in golf is NOT "hiring white women"
Golf news
WATCH: Long drive BLOOPERS from BMW PGA Championship Pro-Am
Golf news
Rules of golf: 3 things we WISH were changed in the game