There have been some stunning Sunday turnarounds in recent history. Here are six of our favourite... 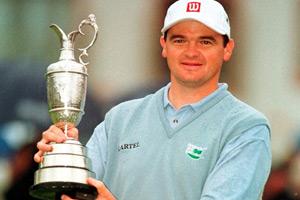 There have been some remarkable final-day comebacks on the PGA Tour in the past 12 months, including Tommy Gainey making up seven shots to win the McGladrey Classic in Georgia this past weekend.

But Gainey is not alone, with John Huh, FedEx champ Brandt Snedeker and Kyle Stanley all achieving similar feats this season. And who can forget amateur Patrick Cantlay shooting a course record to take the Travelers last year?

But impressive as they are, they aren’t the best of all time. Read on...

Paul Lawrie recorded the biggest final-round comeback in major championship history when he overhauled a ten-shot deficit at the historic Carnoustie Links.

Although the event will forever be remembered by Jean Van de Velde’s epic collapse and disastrous treble-bogey on the final hole, Lawrie brought the house down when he lifted the Claret Jug on home soil.

The Scot took full advantage of the early morning conditions to card a superb 67 for a 6-over total, before seeing off the distraught Frenchman and American Justin Leonard in the four-hole playoff.

Feature continues. Click here for a familiar face from the Sky Sports studio.