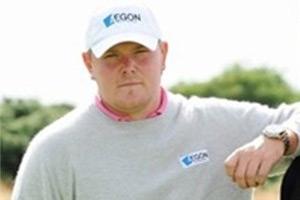 Elliott Saltman has been handed a three-month ban by the European Tour for improperly marking his ball during the M2M Russian Challenge Cup event Tseleevo Golf & Polo Club near Moscow, Russia last September.

The Scot was handed the decision by the ET tournament committee which met in Abu Dhabi this week just month's after the Scot had earned his Q-School playing rights.

The committee unanimously found that Saltman, the eldest of three professional golfing brothers (Lloyd and Zack), had 'committed a serious breach of the 2010 Challenge Tour Members Regulation F 1 (b) 6 (Rules of Golf) during the first round of the M2M Russian Challenge Cup tournament on September 16, 2010.'

Saltman who attended the hearing and has the right of appeal, had been disqualified from the Russian event at the time, when Stuart Davis and Marcus Higley, his playing companions, accused him of improperly marking his ball by marking it with a coin to the side of the ball. He then, allegedly, placed the ball in front of the marker, therefore re-placing it closer to the hole.

Saltman had maintained his innocence but is unlikely to play competitive golf again in any tournament until mid-April 19 as the ban covers other min-tours.

Swede Johan Tumba was the last European Tour player to be banned (for 10 years, later reduced to three) after he was accused of amending his scorecard during a European Q-School event in 1992. David Robertson also had his 20-year ban in 1985 halved for incorrectly marking his ball during Open Qualifying.