With the Medinah showdown looming, here are six of our favourite moments in the competition 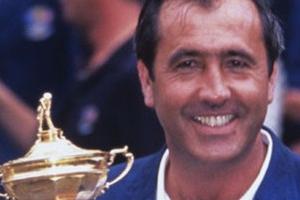 An ‘I was there’ moment, writes Bob Warters, reporting from inside the ropes as a privileged member of the media.

After Sam Torrance walked into a pot plant while allegedly sleep-walking on the eve of the tournament and ruling himself out of the singles, it left Europe with a mountain to climb on the last day as Mark James, Costantino Rocca, Seve Ballesteros, Jose Maria Olazabal and Bernhard Langer all stumbled at the back end.

Nick Faldo snatched late pride with a half against the irrepressible Paul Azinger and I sat alongside captain Bernard Gallacher and the rest of the team by the 18th green and shared his pain.

An out-of-form Seve used every trick in the book to earn a vital point with David Gilford in the first-day fourballs, and then delay an irritated Tom Lehman’s point in the singles.

It inspired the rest, led by Faldo’s crucial win over Curtis Strange to turn it around on the last day before Phillip Walton clinched it to tearful, joyous scenes.

Click here to see what victorious 1995 European captain Gallacher made of the triumph.