Red or Black? Reid and Casey take on Ant & Dec 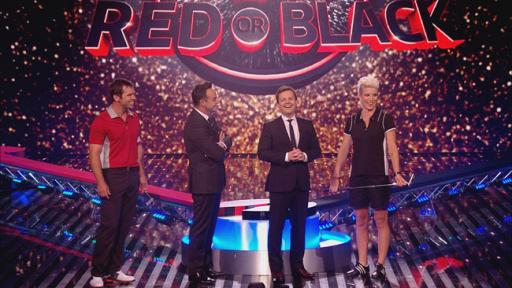 The high octane game show, which gives contestants the opportunity to win at least £500,000, features large scale stunts and nerve wracking challenges, where the contestants use their judgement and skill to battle it out to win a huge cash prize.

In one of the games, Reid and former Ryder Cup star Casey in a putting challenge. Each player had five attempts to putt their ball down the narrow alley and into the hole, which was on a spinning carousel.

Both players managed to hole one putt in the opening five, before Reid went on to win in the first round of sudden death.

Each show culminates in one finalist from the public contestants having an all or nothing opportunity to win a fortune. If they fail, they walk away empty-handed and the prize money rolls over to the following week. The prize starts at £500,000 and could rise to a massive £3.5million.

Head over to ITV's website to watch Saturday night's Red or Black?