The story behind McIlroy 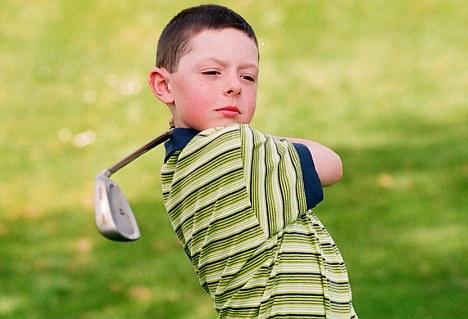 What a difference 11 months has made since his fall on the Georgia plains. Now back in the saddle riding high on top of the world following a two-shot victory at The Honda Classic, Rory McIlroy has finally completed his meteoric rise from golf’s boy wonder to man of the moment.

While the 22-year-old falls short as the youngest ever World No.1 due to a certain-named Tiger Woods, who picked up the mantle as a 21-year-old in June 1997, he’s more than surpassed his hefty expectations.

But just how has he done it? Having scrolled through the archives, here’s a quick timeline...

2005: Becomes the youngest winner of the West of Ireland and Irish Close Championships before playing in his first European Tour event as a 16-year-old at Marriott’s Forest of Arden. He then shoots a course-record 61 on the Dunluce Links at Royal Portrush Golf Club

2006: Retains both Irish amateur titles and in August wins the European Amateur Championship in Italy before representing Ireland in the Eisenhower Trophy and Amateur World Team Championship

2007: The year it all happened. Makes the cut on the European Tour for the first time at the Dubai Desert Classic but has to forego prize money of more than €7,000 due to amateur status.

He then hits the headlines with an opening 3-under 68 at the Open, makes the GB&I Walker Cup team and turns pro after topping the amateur rankings.

McIlroy then makes the cut in his first pro start at the British Masters and then finishes third in his second pro event at the Alfred Dunhill Links.

The following week, he secures his card for the 2008 season by finishing in a tie for fourth at the Open de Madrid.

2008: Enters the top 200 of the world rankings for the first time and then finishes the season as World No.50 following a second place finish at the Hong Kong Open – making him the youngest player ever to make the top 50.

A joint-third placing in the South African Open earns him an invitation to the Masters in April 2009, only 18 months after turning pro.

2009: Wins first professional title at the Dubai Desert Classic in February by one shot from Justin Rose, lifting him to 16th in the rankings. Plays his first major as a pro at the Masters and finishes in a tie for 20th.

Three months later, he makes his US Open debut and impresses, finishing tenth before achieving his best finish in a major to date of tied third at the US PGA Championship. After finishing second to Lee Westwood in the Race to Dubai, enters the world’s top ten for the first time.

2010: Secures his first PGA Tour win with victory in the Quail Hollow Championship in May with a course-record 62 in the final round – becoming the first player since Tiger Woods to triumph on the PGA Tour prior to his 21st birthday. In July, he shoots a 9-under 63 on the opening day at St Andrews to lead The Open but finishes in tied third to rise to seventh in the world.

He then wins a crucial half point against Stewart Cink to help Europe win the Ryder Cup at Celtic Manor.

2011: Takes four-shot lead into final round of the Masters at Augusta but shoots 8-over 80 in the final round to finish tied 15th. He then bounces back superbly with emphatic eight-shot victory at the US Open at Congressional for his first major title.

2012: Wins the Honda Classic in Florida to claim the World No.1 ranking. He has also accumulated 29 consecutive rounds under par and has finished inside the top five in nine of his last ten outings.

Rory becomes World No.1
What McIlroy's peers had to say
I intend to stay on top, declares Rory
Rory tipped for big year