News in brief from the BMW PGA Championship 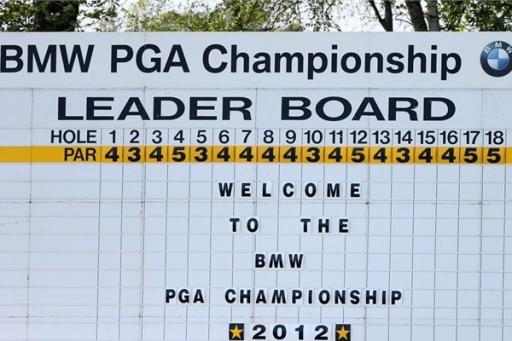 The European Tour have released the pairings and tee times for the first and second rounds of the BMW PGA Championship on Thursday and Friday.

Luke Donald will begin the defence of his title alongside Justin Rose and big-hitting Spaniard Alvaro Quiros. The trio will tee-off at 12.40pm.

Rory McIlroy will be joined on the first tee at 8.25am by course re-designer Ernie Els and Martin Laird as the Ulsterman bids to cement his position as World No.1.

McIlroy’s compatriot Gareth Maybin will have the honour of hitting the first tee shot of the 2012 BMW PGA Championship at 7am.

The draw for tomorrow’s Pro-Am has also been revealed.

In the 8am shotgun start, Open champion Darren Clarke will be joined on the first tee in a very honorable fourball by Olympic heroes Sir Steve Redgrave and Sir Matthew Pinsent, as well as World Cup winning manager Sir Clive Woodward.

Over on 12, England’s Simon Khan will be full of smiles as he tees up alongside charismatic sportsmen Ian Wright, Kriss Akabusi and Matt Dawson, while Ross Fisher pulls the trigger at 1pm with television celebrities Sir Bruce Forsyth, Anton Du Beke and Chris Hollins.

Englishman Simon Dyson has been forced to pull out of this week’s BMW PGA Championship with a hip injury.

The reigning Irish and Dutch Open champion, who finished third at Wentworth last year, withdrew from the Players Championship after round one and has failed to shake off the problem.

Dyson is replaced by in the field by Federico Colombo.

Ernie Els is hoping the moaning about his Wentworth re-design is a thing of the past.

The likes of Paul Casey and Ian Poulter heavily criticised Els’ work and the South African was upset that it was all played out in the media as opposed to in private.

“Criticism is always tough to take, but if it’s granted in the right way I’m fine with it,” Els told the media.

“The way it was put forward the first year was a little childish, but hopefully we’ll have more smiling faces from the players this year.

“You make changes on a great course like the West Course people are going to not like it.”

Golfmagic at the BMW PGA Championship

Keep up to speed with all the tournament news with our handy index page. On Twitter? The follow @Golfmagic for all the latest news, views and pictures live from Wentworth.