World No.3 to auction off one spot in Alfred Dunhill Links in aid of The Children's Hospital Charity in Sheffield 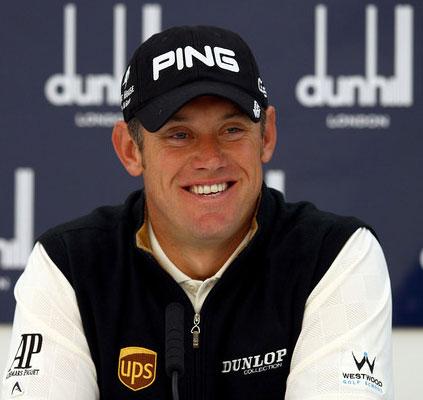 Fancy rubbing shoulders with the likes of Lee Westwood, Rory McIlroy and Ernie Els, while playing three of the best links courses in Scotland at the 2012 Alfred Dunhill Links Championship?

While it’s estimated to set you back the small sum of £100,000, the once-in-a-lifetime prize has been donated by the World No.3 to help raise money for The Children’s Hospital Charity in Sheffield.

Westwood, a patron of the charity, will auction the prize on Saturday evening at The Children’s Hospital Charity Winter Ball, with funds going towards essential equipment for the Sheffield Children’s NHS Foundation Trust.

“The Children's Hospital Charity does such outstanding work in fundraising for what is a cause very close to my heart,” said the 2009 Race to Dubai champion.

“I am thrilled that I can to do something to help them change more lives. I want to wish those taking part in the auction the best of luck, and remember, bid high!”

The highest bidder, who must have a handicap of less than 18, will win a place in the prestigious tournament in October 2012, staged at St Andrews Old Course, Carnoustie and Kingsbarns, alongside some of the world's leading players and A-list amateurs.

The Children's Hospital Charity has agreed to pre-auction bids and telephone bids on the night. Contact the charity if you wish to pass on your details for this on 0114 271 7203.

Have you ever played with a Tour player or celebrity?