Wolstenholme: The debt we owe...

Britain's greatest ever amateur reveals all in his book 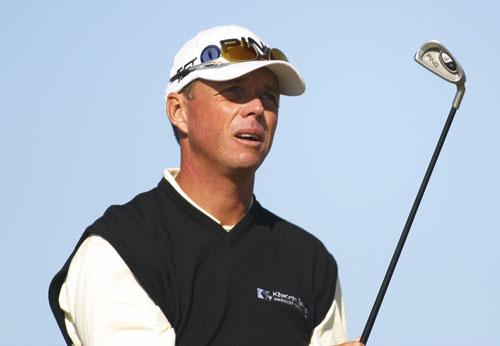 Amateur golf in the UK owes Gary Wolstenholme a debt of gratitude, for the way he has represented these islands, and especially England, around the world.

But as his distinguished amateur career came to its final chapters and when the chance came to seek his help to bring on the next generation of young golfers, the authorities chose to ignore him.

Wolstenholme admits in his new autobiography - ‘The Long and the Short of It,’ published by John Blake Books (£17.99) - that he’s like Marmite; you either love him or find his demeanour not to your taste.

But those who fall into the latter category may be confusing arrogance with confidence, bluntness with conviction and determination with single-minded dedication.

Amateur golfer CHASED BY SNAKE on the tee box as his pals laugh uncontrollably
Golf rules: Are you allowed to BALANCE on one foot then walk through the stroke?

As the golfer in the modern-era with the best record among the unpaid ranks, including two Amateur Championships, six Walker Cup for GB&I and a record 218 caps for his country, you’d have thought his experiences could not be ignored.

But a ‘thanks but no thanks’ telephone call from the chairman of selectors of the England Golf Union in 2008, that his services were no longer required for the Home Internationals he’d graced for 17 years, following a change of mind from the R&A offering his membership of its exclusive club, finally convinced Wolstenholme that his future in the game lay in the professional ranks of the European Seniors Tour.

Someone in authority appreciated him enough to submit his name to the Lord Chancellor for consideration to receive an MBE from The Queen in 2007 for services to golf but as a player he deserved more respect than he was often given.

I’ve met this golfing legend on several occasions - during his distinctive on-course commentaries at the Open for BBC, while having his clubs tweaked at Ping HQ and had the privilege of playing 18 holes with him at Kilworth Springs where he was golf manager for several years.

I was also privileged to witness the brief moment where he led the US Masters in 1992. Paired with Arnold Palmer, long-past his prime but still competitive enough to act as pied piper of ‘Arnie’s Army’ around Augusta National, Gary birdied the second, third and eighth holes to lead the tournament into the back nine on the opening day, despite being regularly out-driven by the US legend.

Yes, he’s opinionated and, yes, he’s obsessive about the game but he’s made the absolute most of the talent he’s been given through the genes of his devoted mother Joan and late father Guy Wolstenholme, a former highly respected Tour pro. Add to this that his god-parent is broadcasting legend Peter Alliss and it’s easy to see the values Gary’s possesses on and off the course.

But where the amateur game took him for granted - despite his defeat of the burgeoning Tiger Woods in the 1995 Walker Cup at Royal Porthcawl -  he has now earned the respect of his peers on the European Seniors Tour with his imperious short game and already won an event - the Czech Casa Serena Open.

“The Seniors Tour suits me very well, because most of the courses are right up my street,” says Wolstenholme, whose goal is to win the rookie of the year title. “They’re not geared up to reward big hitters, which is great for me.”

“Whereas in my amateur days I was probably the shortest off the tee by some distance, out here I’m probably mid-division. So if I’m playing well, I’m confident of being in contention most weeks.

“I’m really enjoying playing the Tour and hopefully I can stay competitive for the next ten years. If I can finish in the top ten on a fairly regular basis then I’ll be happy, and anything above and beyond that is a bonus.”