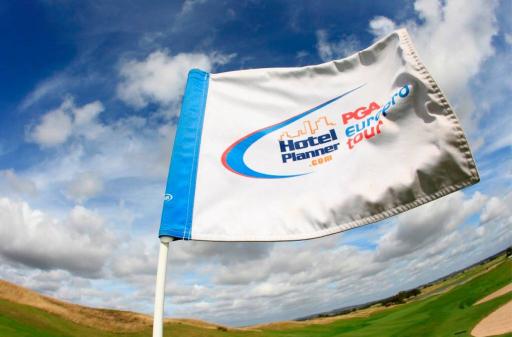 Can you give us a quick overview of the Tour?

Daniel Godding: The HotelPlanner.com PGA EuroPro Tour is Europe’s third tier of golf, with the top five on our Order of Merit at the end of each season progressing onto the Challenge Tour. It is the leading tour in the UK and highlights of all of our events are broadcast in HD by Sky Sports. Each event is 54 holes, with a cut after 36 and carries a £40,000 prize fund.

What is the ethos behind the EuroPro Tour – who is it aimed at?

DG: The Tour is a development tour. Its primary aim is to help golfers develop their game and prepare them for life on tour. For many they are playing in front of the TV cameras for the first time, they have to adapt to having a cut and a sizeable prize fund involved, and of course to travelling.

What makes the EuroPro Tour stand out from the rest?

DG: The EuroPro is the UK’s number one golf tour. Our events are played on some of the best courses in the country; The Belfry’s Brabazon Course, Prince’s, The Oxfordshire and so many more top-class venues with more big-name headline clubs joining us in 2015. Our £40,000 prize fund sees each winner take home £10,000. We’re on Sky Sports and other networks around the world. We are a PGA affiliated tour; each event is run and administered just as a European Tour event would be with referees and tournament directors who also work at The Ryder Cup, The Open, The Masters, The PGA Championship and so on. And most importantly, our top players progress to the Challenge Tour.

How has the tour changed since you got involved?

DG: The standard of courses we play is a big one. We’ve seen more members sign up for 2014 than ever before, and I think that shows we are doing things right. The TV programme has improved significantly too; we film in HD with more cameras, John Morgan has joined the team and has been a huge hit with his on-course tips, we introduced 3D flyovers and then airborne drones which provide actual aerial footage of the course, and slo-mo replays which add a lot to our swing analysis. That we are attracting more golf sponsors is also a good sign. People are really sitting up and taking notice, which is great to see.

Where do you see the tour going?

Out of the players who have been through the tour, who are you most proud of and who are you tipping to do well from the current crop?

DG: We are proud of them all. I know it is clichéd, but we really are. Every week we are watching the European Tour and the Challenge Tour scores and we are always proud to see so many former EuroPro players up there on the leaderboards. This year seems to have been one of our strongest ever in terms of the standard of play. I have only been on the tour for two years but everybody who has been involved for a long period has commented on how competitive it is this season, and how good the players are. I can’t tip one, but I am sure in a few years’ time when we look back on the 2014 Order of Merit we will see a good number of European Tour winners

Where can we watch the EuroPro Tour?

DG: Every event is broadcast on Sky Sports, usually debuting at 8pm on Tuesdays with repeats throughout Wednesday. You’ll also find our highlights on YouTube and spectator entry to every event is free of charge and will remain so for 2015. So check the schedule at www.europrotour.com from January and see which courses we are visiting in your area.

What does CPG UK's partnership with the EuroPro Tour involve?

Mark Freeman: PUMA are the Official Footwear Partner for the Tour. We offer help to all EuroPro members with support on PUMA footwear, as well as the opportunity to join our Better Player Programme which supports players club needs as well as footwear and apparel. The footwear line in 2014, we believe is one of the best in the market and having members wearing and validating the product is great for us as a brand.

Why the EuroPro Tour?

MF: The Tour is a perfect platform for aspiring tour professionals. We recognise the players are at the start of the journey towards the goal of competing on the European and PGA Tours. By offering help and support with PUMA product, we hope that we can build and maintain some strong relationships with these players.

Which of the current COBRA PUMA players on the Tour are you most excited about?

MF: We have few players that both wear and play the COBRA PUMA products, it's constantly  growing and we've already had success on the Tour with a win and multiple places to date. Confidence is a major factor and I think Stuart Archibald has shown what can happen with some strong performances in recent weeks, including a win!

Visit the EuroPro Tour and CPG website for more information