The Open 2019: Eight players who might surprise you at Royal Portrush

GolfMagic takes a look at some unlikely names who may be in the running for the 148th Open Championship at Royal Portrush. 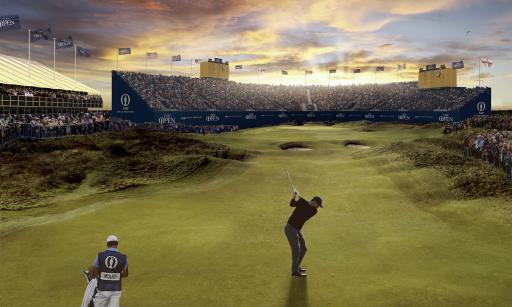 The 148th Open Championship takes place from 18th - 21st July at Royal Portrush in what is arguably the biggest major of the year. Francesco Molinari conquered the links at Carnoustie last year to win his first major title, but will have his work cut out if he is to defend his title. In this feature, we take a look at eight unlikely players who could be up there this year.

Nate Lashely qualified for the Open Championship when he won the Rocket Mortgage Classic last week in what was one of the most emotional victories the PGA Tour has ever seen.

Fifteen years ago, Lashley's parents and girlfriend were killed in a plane crash after they watched him play in a college tournament. Lashley entered the Rocket Mortgage Classic ranked 353rd in the world and had only had one PGA Tour top 10, before winning the tournament, his maiden victory and $1.3m.

Lashley is a long shot to say the least, but he beat the rest of the field last week by six shots and he will be on cloud nine heading into the Open.

Keith Mitchell shocked the world when he won the Honda Classic at Palm Beach Gardens earlier this year, holding off both Rickie Fowler and Brooks Koepka to secure his maiden PGA Tour victory.

Mitchell has climbed the rankings since his win, currently sitting 62nd in the world. He has carded two more top 10's since his win and will be buzzing to play in his first Open Championship. Mitchell is a pretty big hitter and when his game is on form, he could go on a good run around Portrush.

It hasn't been the greatest season for the Dane so far, but there is one win to his name that you can't ignore for the Open this year.

With odds of 200/1, you simply can't rule Bjerregaard out with links form like that.

Kevin Kisner has been a solid player for a number of years now, but he's really come to life over the last two. During his win at the WGC Match Play, Kisner put together an incredible performance.

Last year at the Open Championship at Carnoustie, Kisner finished T2, just two shots off of Molinari, proving he's got what it takes around the toughest of links courses.

With odds as long as 150/1, we think the bookies have priced Kisner far too high for a links player of his calibre.

Olesen is a solid all round player who has all the qualities of an Open Champion and on his day is very tough to beat.

Finishing T9 in 2012 and T12 at Carnoustie last year, Olesen can certainly handle himself on a links course.

The Dane played in his first Ryder Cup in 2018 and even beat three-time major champion Jordan Spieth.

He'll need to be on his best form but Olesen could well be inside the top 10 heading into the final round at Royal Portrush and who knows where he could go from there.

Last year's winner of the Irish Open at Ballyliffin, beating Ryan Fox in a play off.

Ballyliffin is no easy track and Knox completely ripped it up, proving he knows his way around a links course and being from Scotland that's no surprise.

Knox is a very decent player who has had nine top 30 finishes this season, a statistic that shouldn't be ignored heading into the Open.

The 38-year-old has had nine wins on the PGA Tour and surprisingly never won a major, but his talent is undeniable.

The 2019 season has seen Snedeker creaping back into form, adding some more top 5's and 20's to his name.

Snedeker certainly isn't a bad links player and with his better golf starting to show once again, the 2019 Open Champiosnhip could possibly be the major that he's been searching for.

Marc Leishman was once described by Jordan Spieth as the most underrated golfer in the world and you can understand why.

Currently ranked 22nd in the Official World Golf Ranking, Leishman has five career wins to date and puts a great performance in at least one major a year. In fact, since 2013, there has only been one year where he hasn't had a top 10 finish in a major championship.

The Open is the Australian's best performing major, with excellent finishes of T5, T6 and T2 back in 2015, all to his name.

Leishman hasn't set the world on fire so far this season, but with five top 10's so far, he's definitely one to watch at Royal Portrush this year.