The Open: Tommy Fleetwood - What's in the bag?

Take a look inside Tommy Fleetwood's bag as he looks to win his first major at the 2019 Open at Royal Portrush. 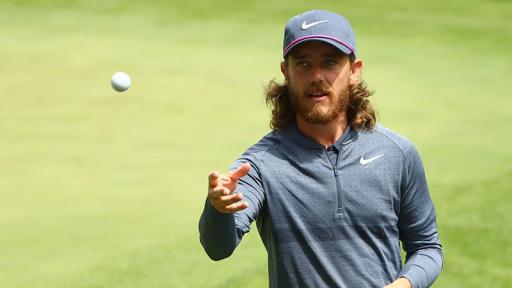 Many people believe that Tommy Fleetwood is a future Open Champion and that Royal Portrush could be the place for the Englishman to win his first major.

Fleetwood used his Nike clubs for a number of years, even after the brand stopped manufacturing clubs in 2016.

He's one of the few players inside the world top 20 who isn't tied down to a contract, meaning he can pick and choose the clubs in his bag and no one pays him a penny for it.

At the 2018 Ryder Cup at Le Golf National, Fleetwood became a European hero, winning all four of his matches with his partner Francesco Molinari.

Can Fleetwood win his maiden major in Northern Ireland this week? The crowd will certainly be behind him.

Previous
Rory McIlroy starts Open with quadruple, ends with triple for 79...
Next
Graeme McDowell takes anger out on golf bag at The Open